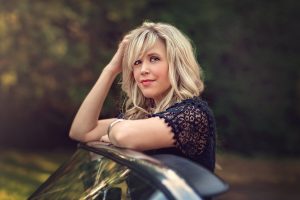 “Hilary Scott with one L” has received rave reviews in national and international publications. Feature articles in No Depression, Country Music News International, Maverick Magazine and more are summed up nicely by Joe Montague of Riveting Riffs: “Hilary Scott is a secret that has been kept from too many for far too long.”  Hilary Scott has released a dozen albums, and will be releasing a new album, Kaleidoscope, in June.

An interview in Billboard with Chuck Dauphin introduced much more of the world to her sound, and her story. In his November 6, 2014 Billboard article, Chuck Dauphin writes: “Wait a minute — we know you’re thinking. That’s Hilary with one L.”  His article helps to clear up any confusion through his interview of Hilary Scott, when she explains, “I chose my performance name back in 1999 or 2000 when my brother passed away. His name was Scott. That was before I recorded my first album. By the time I started hearing about Hillary Scott from Lady Antebellum, I had already had a couple of albums out under that name and had a website going.”   (Read the full Billboard article here.)  In 1998, when Hilary’s older brother died suddenly, it left a hole in her life that could only be filled with music.  To honor him, she took his first name – Scott – as her performance name.  (See My Story )

Euro Ferrari, renowned for his work in all genres and with famous artists (Clapton, Sting, Pavarotti) all over the world, when speaking of Hilary Scott and her music said: “…Hilary Scott writes and sings in a way that creates a fascinating and intimate world, and it is enough for her to utilize only a whisper to raise deep emotions in the listener, her voice is absolutely extraordinary in its emotional greatness”.  Hilary Scott is a classically trained instrumentalist (piano/keys, guitar, violin), and in addition to her beautiful voice, she includes these instruments in her live performances and studio recordings.

Scott has always bent the rules when it comes to genre and songwriting style.  Mark E Waterbury, Music Morsel writes…” Hilary Scott has carved her own name into today’s Americana scene with a breathlessly intoxicating voice and a knack for creating catchy, emotional, and subtly edgy songs.”

Over the course of a career that has encompassed solo performance as well as touring with several iterations of The Hilary Scott Band (composed of talented musicians from around the state of Missouri, where Hilary spent a significant amount of time) Hilary has had the opportunity to tour extensively in the United States, as well as Italy, France and England. She has also been a guest artist at several venues in Asia in Vietnam, Japan, and South Korea.  While performing at festivals, listening rooms, clubs, theaters, and every other imaginable venue, some of the notable artists Hilary has opened for include Chuck Berry, Tanya Tucker, Little Feat, Beth, Orton, and Samantha Fish, to name a few.  As Aarik Danielsen of the Columbia Daily Tribune notes, “…singer-songwriter Hilary Scott has been a reliable road warrior and something of an international darling, taking her talents to Asia, Europe and various other points across the United States in search of artistic satisfaction and in service of her songs. Amid a melange of time zones, international date lines, languages and suitcases, Scott has earned the trust of her audiences through the power of her soulful voice, an instrument which has not only united these disparate settings but also distinctive genres such as pop, rock, blues, and jazz”.

Hilary Scott’s career has included co-writes with some of the best living songwriters, tours in the U.S., U.K., Europe and Asia, various awards, and with the help of indie label Belltown Records, the release of a dozen albums. Her music has been included in viral videos, such as in the rescue video of Gideon the pit bull, which was featured on Huffington Post, the L.A. Times, and various other domestic and international publications. Her single Still has received  significant radio and satellite airplay.